You may already know that we love to run in the Azores. Especially me, as I have already had the pleasure of visiting the archipelago to run twice. About the Azores Islands themselves, feel free to check out this blog post we wrote about them. The Azores are a group of islands part of Portugal located in the Atlantic on about one-third in between Lisbon and New York. The Azores are a beautiful holiday destination for nature lovers and especially trail runners. To run in the Azores is a true dream for any trail runner.

The Azores Trail Run is the organization of excellence of races in this beautiful autonomous region. The organization already has a well-established annual race calendar:

– February: Columbus Trail on Santa Maria Island – this year on the 25th.

– October: Triangle Adventure on the islands of Pico, São Jorge and Faial – this year from 6 to 8 October.

Now, let’s run in the Azores!

This year, we’ll run in the Azores during the Columbus Trail in February. Last year we also participated in this beautiful event. In 2016, I participated in the 42km race and I loved every meter. Literally. We’re true fans of this race, both for the incredible natural landscape and for the excellent organization of the race itself. The images speak for themselves. The Island of Santa Maria is beautiful and the people that inhabit it too! I really want to go back there and run in the Azores! 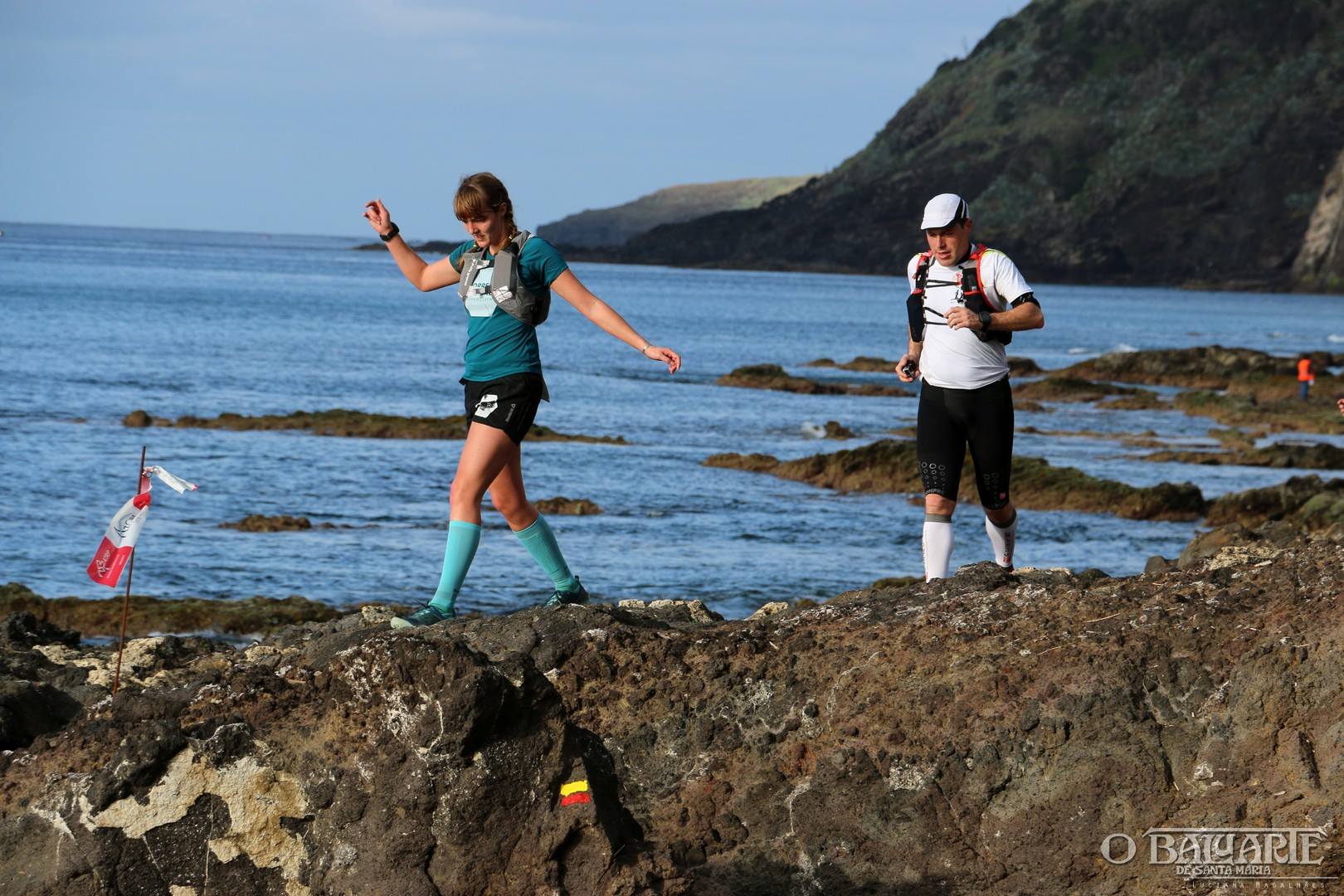 This year, the race takes place on February 25th and there are 3 distances:

– Columbus Half Marathon 21K (a novelty this year with a course to be confirmed).

Registrations have already opened for this year’s edition. We recommend that, if you’re interested, to keep informed about the news by following the Facebook of the race. The regulation of the race are also available. Until January 31st the registration fee is €45 for the 76km, €35 for the 42km and €25 for the 21km and I assure you: in the hands of Mário Leal, the Race Director, every euro invested is worth it ;)

To reach the paradise called Santa Maria, SATA and Azores Airlines support the Azores Trail Run – Columbus 2017. These airlines have an offer of a promotional rate of €130, plus fees, for trips originating in Lisbon or Porto and a discount of 50% discount on the inter-island trips of the participants in the race. Reservations can be made at a SATA sales counter or via the Contact Center (phone number 707 22 72 82 and e-mail address info@sata.pt). 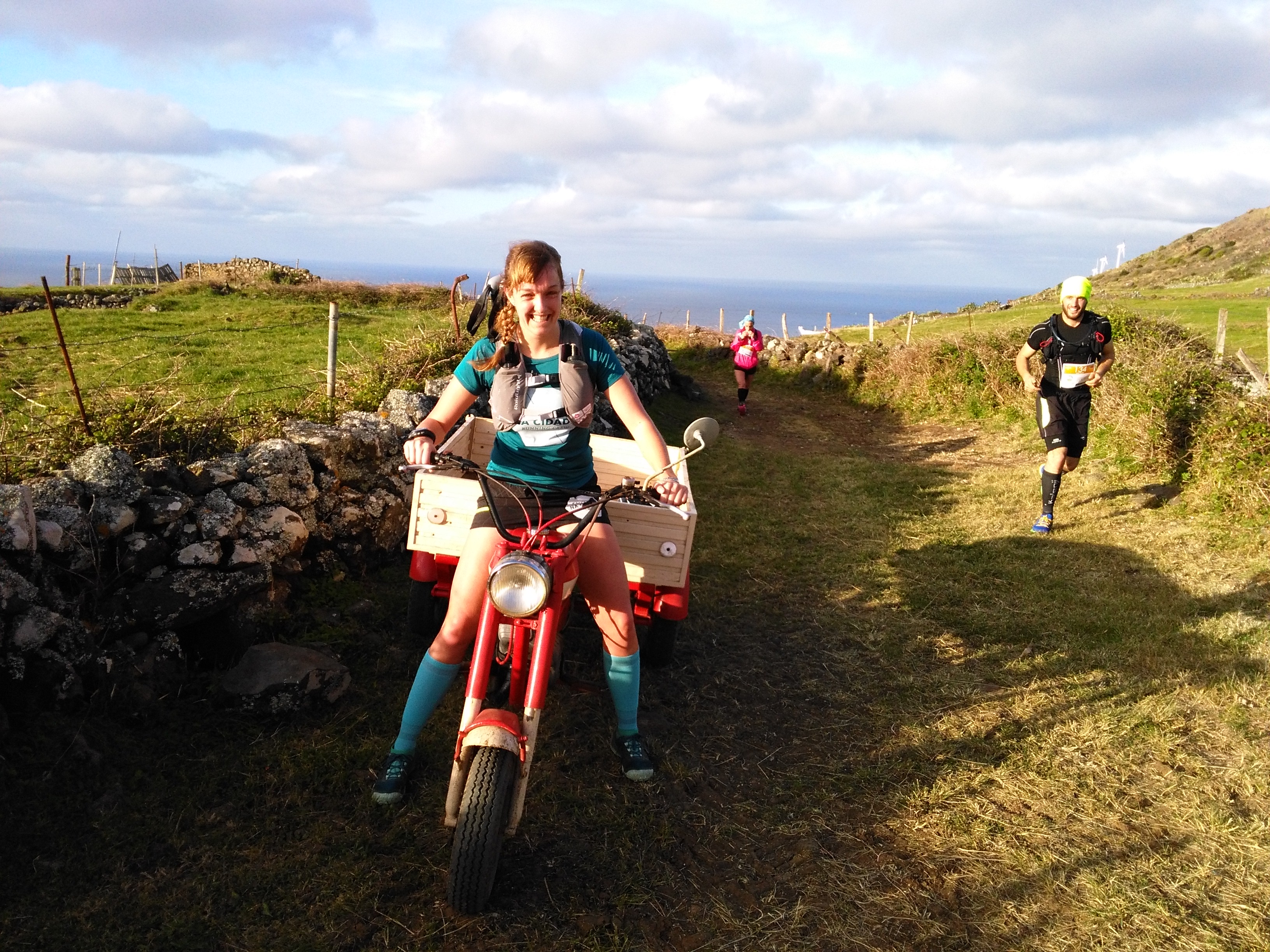 If you’re still in doubt, I’ll my review-summary of the 2016 edition of the Columbus Trail:

– Full service: transfers, meals and socializing events. The athlete only has to worry about the race.

– Athlete’s kit: in addition to the t-shirt, buff and medal, it included regional biscuits and a souvenir allusive to the island of Santa Maria.

– Socializing: the pasta party, reception at the finish line and lunch at the day after the race provide opportunities for socializing between participants.

– Friendliness of the local population: five stars as mentioned above.

– Extreme natural beauty: the pictures say it all.

– Nothing: In the 42km race I would say there is nothing to improve. Eventually some signage points, but nothing serious.

– Last part of the 77km course: Some athletes of the 77km complained that the last few kilometres of the course, near the airport, were very monotonous and annoying and left a last impression that would not do justice to the beauty of the island as a whole.

Have not we convinced you yet? Watch the promotional video of the race in 2017:

See you there and let’s run in the Azores!