Lisbon is a wonderful city for runners. You can choose to run flat by the river or hit some hills in the city’s downtown. There are also many parks. To help you pick the best option for you, we’ve selected our favorite running routes in Lisbon.

Lisbon is a fairly safe city, considering other European capital cities. We’ve personally never had any issues during our runs, not even at night or in the narrowest and darkest alleys, on our own. We’ve also never heard of any uncomfortable situations among running, so we’d say: enjoy our running routes in Lisbon! 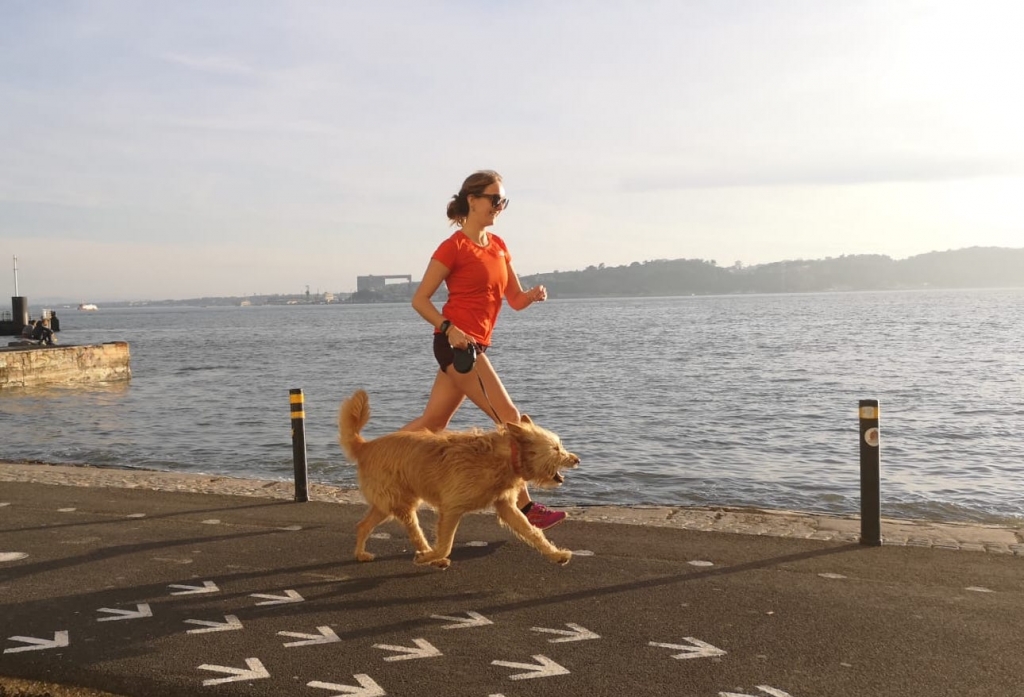 We love running along the fresh air of the River

From Monsanto, you can also get a cool view over the city!

We strongly encourage you to explore Lisbon on your own, especially if you want to run along the river in Cais do Sodré or Parque das Nações. If you’d like to explore some of the trails in Monsanto, you might want our company to show you some of the best trails and don’t get lost ;) The same applies the city trails. One of the things we like doing most is picking up runners at their accommodation and show them our favorite viewpoints and other points of interests.

Our running routes for sightrunning in Lisbon are 100% personalized according to the pace and interests of the runner. Feel free to contact us to know more or to book your sightrunning tour. We look forward to show your the best of Lisbon while running!